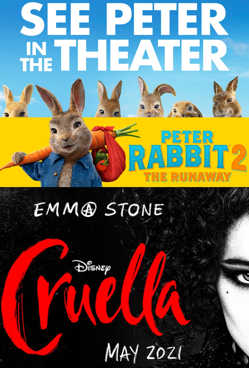 PG
237 min
Peter Rabbit 2: The lovable rogue is back. Bea, Thomas, and the rabbits have created a makeshift family, but despite his best efforts, Peter can't seem to shake his mischievous reputation.

Select a theater to see Showtimes

Your Showtimes Select your time to book tickets